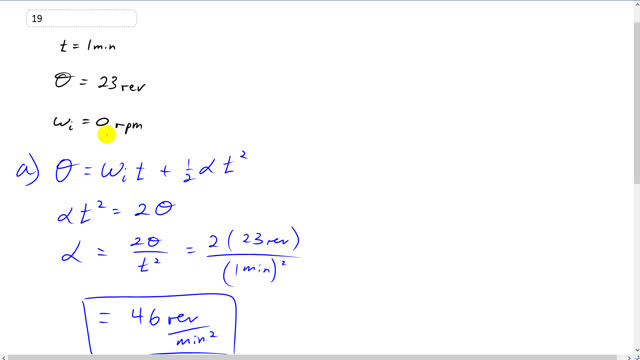 Hi flsktkd, thanks for the comment. Putting angular position in radians is often the better choice, and it's the official best unit for expressing angular position, that's true. However, revolutions are still used frequently since it's a unit that people can better understand. When looking at the tachometer in a car, it shows the engine speed in revolutions per minute, for example. Since this question asks for the final angular speed in rpm, it makes sense to use revolutions throughout, although it doesn't specify units for part (a) so I suppose it would be fine to use radians per second squared there.