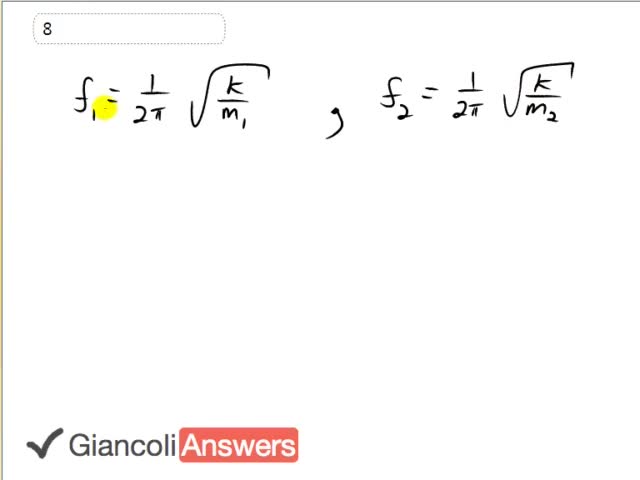 Hi johncondon101, thanks for the question. The choice is kind of strategic. Either way will lead to the answer, but the algebra just looks a little tidier one way vs. the other, and the choice is more a matter of intuition. In problem #5 it made sense to have $f_2$ in the numerator since it was the unknown, and we ended up multiplying by the denominator ($f_1$ in that case) to isolate $f_2$ on one side of the equation. In this problem it's a bit less clear which choice to make, but since $m$ is the unknown and it will appear in both the numerator and denominator (eventually, after a couple of steps, which is why, again, setting things up in this case is more a matter of intuition), it's better to have it by itself in the denominator instead of adding to a term since we'll be multiplying by the denominator, and it's easier to multiply by a single factor.

Again, there's nothing much really here to worry about, it's just that one way might lead to neater work than the other. Either way gets to the answer after some algebra.

My pleasure. You're welcome.