An observer on Earth sees an alien vessel approach at a speed of 0.60c. The fictional starship Enterprise comes to the rescue (Fig. 26–13), overtaking the aliens while moving directly toward Earth at a speed of 0.90c relative to Earth. What is the relative speed of one vessel as seen by the other? 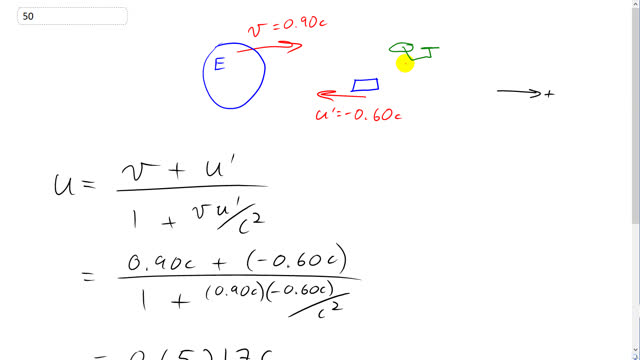