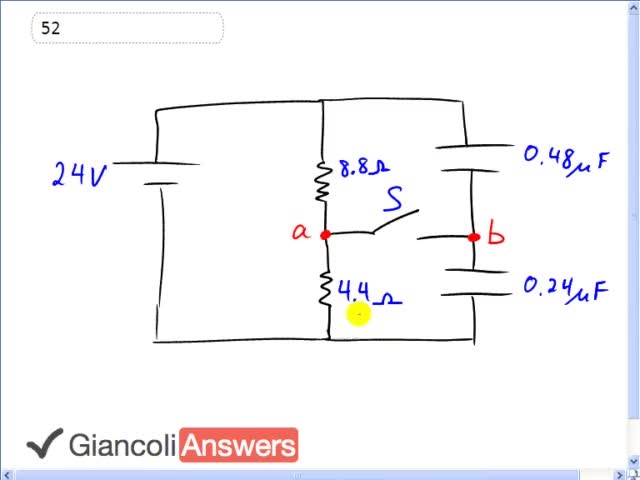 I am not sure as to why the 4.4 resistor is used in part "a." How can i know which one to choose? I would have thought it is the 8.8 resistor since current travels from positive to negative potential.

Thanks for the question tysonclay.

So, Part (a) could be reworded "What is the potential difference between point "a" with respect to the negative terminal of the battery?" This is what Ohm's Law tells us, using the 4.4 Ohm resistor.

If the resistors are in series, why does Voltage a and Voltage b equal each other? I thought it was just the current that's uniform throughout resistors in series.