Assume that light of a single color, rather than white light, passes through the two-slit setup described in Example 24–3. If the distance from the central fringe to a first-order fringe is measured to be 2.9 mm on the screen, determine the light’s wavelength (in nm) and color (see Fig. 24–12).

Figure 24-12 The spectrum of visible light, showing the range of frequencies and wavelengths in air for the various colors. Many colors, such as brown, do not appear in the spectrum; they are made from a mixture of wavelengths. 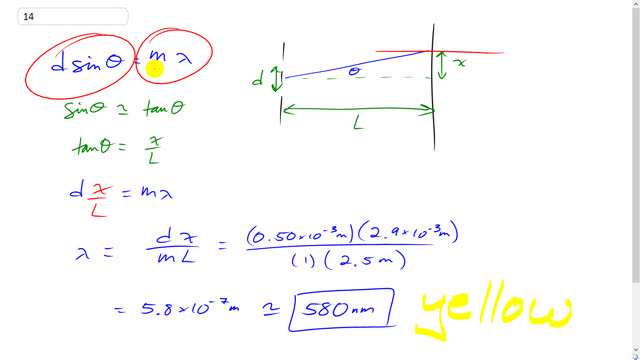