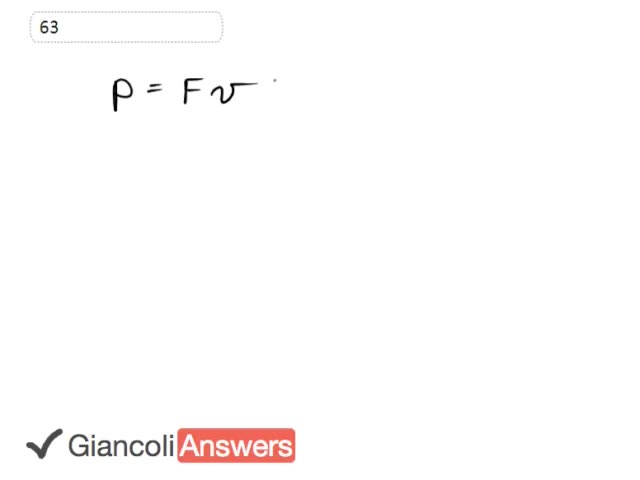 We know that power equals force times average velocity and this experiment of slowing the car down is how we get the acceleration and we use that to find the force. So there is only one force in the car while it’s slowing down and that's well the combination of all the friction forces and that's going to be mass times acceleration. It will be the mass times the change in velocity divided by time, and we'll substitute that in for force and our power formula, so we have power is mass times the change in velocity in the experiment times…'v', where this 'v' is the speed that the person is travelling steadily whereas these 'v' is where the initial and final velocity in the experiment to figure out what acceleration the car has when you don’t have the engine driving it when you’re just coasting. Okay lets plug numbers into this where power is 1150 kilogram's in the 6 edition times 85 kilometres per hour divided by 3.6 to change to metres per second, minus 65 kilometres per hour divided by 3.6 all divided by 6 seconds and then we'll times that by the actual speed that they're travelling at 75 kilometres per hour divided by 3.6. And this gives an answer of 2.2 times 10 to the 4 watts. Which is reasonable because this equals 30, 30 horsepower. And cars have a lot more power than that so you can expect that we'll be using not, we'll be using like a quarter of the car's total horsepower ability just to coast at 75 kilometres per hour so it seems reasonable. And on this the fifth edition we have different numbers we have a thousand kilograms here…and 90 kilometres per hour instead of 85 going down to 70 kilometres per hour instead of 65 and cruising at 80 kilometres per hour. And the fifth edition answer for this question is 2.1 times 10 to the 4 watts or 28 horsepower for the fifth edition.