What is the maximum speed with which a 1200-kg car can round a turn of radius 90.0 m on a flat road if the coefficient of friction between tires and road is 0.65? Is this result independent of the mass of the car? 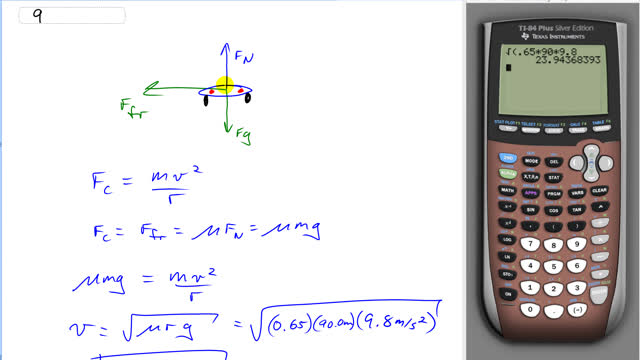 I see how the formula no longer has m in it. However, doesn't friction increase with greater mass which then changes the maximum velocity?

On the other hand, you might be thinking about "rolling friction", or perhaps "air friction", or in other words the frictions that cause things with wheels to slow down and eventually stop. These types of friction are directed opposite to the direction of motion, and so they indeed do slow the car down. These types of friction are not considered in this question. Rolling friction, indeed, would increase with mass.